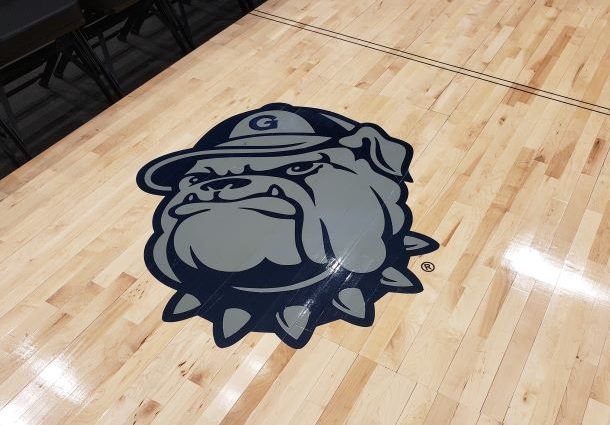 The Georgetown Hoyas learned that they’ll be without the services of Omer Yurtseven. The North Carolina State transfer has decided to go to the NBA after one season at Georgetown.

Starting with my family, first for respecting and enduring my departure from home knowing it was going to be a long journey and second for showing unending support through thick and thin. I cannot thank them enough. I also have to thank my family away from home, the family I’ve made as this chapter unfolded. Thank you to the Bellucci and Gokce families for their support and making home away from home feel as warm and welcoming as if it were my own. The first half of the chapter, NC State. I’m proud to have been a part of the Wolfpack. The fans’ support and encouragement helped my transition from Turkey to the US and I thank them for accepting me into their family and allowing me to represent NC State. Then comes Georgetown, Hoya Saxa! I would like to thank my coaches, the entire staff, and my teammates for a great college experience. A special and a sincere thanks to Coach Ewing for staying on me and for his guidance every single day. Greatness expects greatness, and I was truly inspired by his. Also, thanks to Coach Thompson for coming to almost every practice, allowing us to absorb his wisdom and for the sincerity in his guidance. I would also like to thank all of the fans, we went through the hurdles of the past year only because of your support. With that, I am excited to announce that I will be following my lifelong dream of becoming an NBA player, so I am officially declaring for the 2020 NBA Draft. #HOYASAXA

The move wasn’t unexpected. Hardly anyone thought Yurtseven would be there more than a season. On paper, his 15.5 points/9.8 rebounds per game will be tough to replace. But lets not forget, due to Yurtseven’s injuries, Qudus Wahab saw a good bit of quality playing time.

Mac McClung’s status is still up in the air as his name is still in the NBA Draft, even though, he has the option to come back or enter the transfer portal. The jury is out on whether McClung will come back to The Hilltop.

With that being said, head coach Patrick Ewing’s roster is starting to take shape but still has some holes.

There is some depth in numbers but even if McClung returns, Georgetown will have a gaping hole at point guard. Arkansas transfer, Jalen Harris, will provide some leadership as the Hoyas hope Harris gives them the same boost UCF transfer, Terrell Allen gave them. Beard is a three-star prospect that should see playing time at point guard. He comes in with a big time reputation but he’ll be tested in the Big East. In a pinch, Ewing could swing Blair to point guard in short-bursts but his ball-handling isn’t on a level that could sustain long stints at the point guard position.

Where Blair will help the most is with his three point shooting. On paper, Hoyas might struggle from beyond the arc this season so they’ll take anything Blair can give them from long-range.

Robinson and Azinge were seldom used players and Harris isn’t expected to contribute right away.

This group was already extremely thin and probably could use a transfer. Pickett has had an up and down ride so far. He’s been asked to play different roles on both ends of the floor. The Hoyas will need to him to be settled into a solid two-way player.

Northwestern State transfer Bile could flourish in this offense. If the Hoyas can get in transition, Bile can finish and also help push the pace via the pass or the dribble. He was a solid three point shooter last season but he won’t get the same type of looks in the Big East as he did at Northwestern State.

Like Beard, Sibley should get plenty of minutes early on. His athleticism could help him finish on the break. Jerry Meyer of 24/7 Sports describes Sibley as having “bouncy athleticism” with the ability to score from all three levels, even though, he’s not an efficient three point shooter.

Clark could also see time early in the season. Like Sibley, Clark will give Georgetown a good amount of athleticism on the wing. Rivals’ Eric Bossi describes Clark as a “good athlete, he excels at creating off the dribble and he’s developing into a jump shooter who has to be accounted for.”

Wahab had a solid freshman year for the Hoyas. He showed flashes of being able the score around the basket via second chances and moves on the post. Wahab’s numbers will need to be more consistent and he cannot afford to get into foul trouble as much as he did last season.

Ighoefe spent most of the first half of the season on the bench but contributed down the stretch as he got more playing time. He isn’t as accomplished as Wahab but with the prospect of increased minutes, his production should go up.

Both players will need to dominate the boards and trigger the Hoyas fast break.