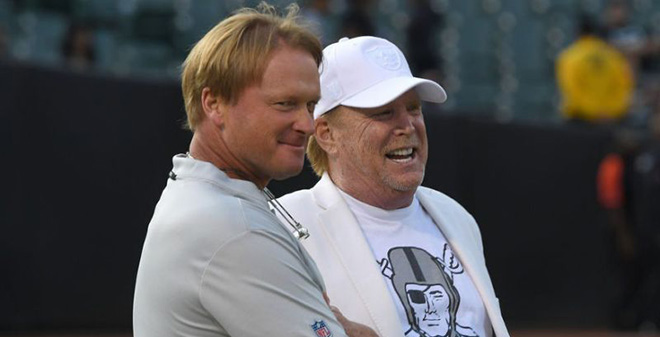 The Las Vegas Raiders have a new city and could possibly have a new quarterback. Time will tell. What we do know, the new quarterback won’t be Tom Brady. The GOAT signed with the Tampa Buccaneers a few days ago. It makes a lot of sense. Brady will join Bruce Arians and will team with weapons like Mike Evans. In case you haven’t noticed, the Raiders don’t have a Mike Evans.

Right now, Derek Carr is still with the organization so the assumption is, he’ll start out as the starter but don’t be shocked if free agent pick-up, Marcus Mariota doesn’t push him. The Raiders addressed their need at wide receiver with Nelson Agholor. The former Philadelphia Eagle is known for having bad hands. That’s the last thing Carr or Mariota needs.

Eli Apple is the latest defensive back to join the Raider secondary. It seems like the Raiders have been looking for a defensive back for several years. On paper, Apple will lineup opposite of Trayvon Mullen.

Out of that list, Littleton could be the one that helps the Raiders the most. Littleton led the Rams in tackles the last two seasons.

It wouldn’t be Gruden if there wasn’t an over-the-hill vet on the list. Jason Witten fits that mold. Witten came out of retirement to rejoin the Dallas Cowboys last season. Witten had 63 receptions for 529 yards and 4 TDs.