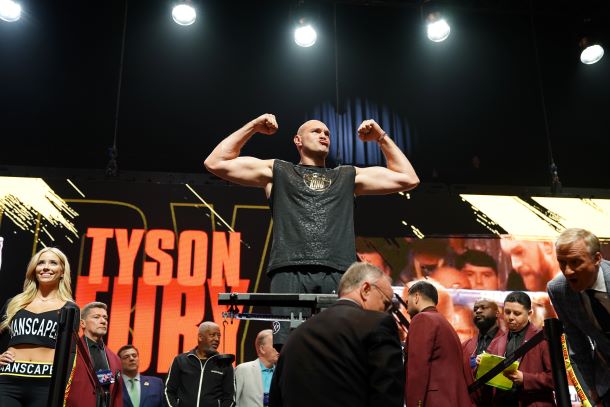 This was the rematch everyone was waiting for. The first fight ended in a disputed draw. This fight ended with a towel being thrown in the ring.

Tyson Fury dominated Deontay Wilder from the third round on en route to a 7th round TKO. This time it was Wilder who tasted the canvas twice. In the third round, Fury floored Wilder with a right that landed behind the head. It was a knockdown Wilder never recovered from. The former champion would also taste the canvas in the 5th round.

Wilder had blood coming from both his ear and mouth when his corner threw in the towel.

For Fury, he did everything he said he would do. He came in bigger but he didn’t lose any speed. He smothered Wilder. He came forward throughout the fight. This version of Fury looked almost unbeatable and it cemented that he is the best heavyweight in the world.