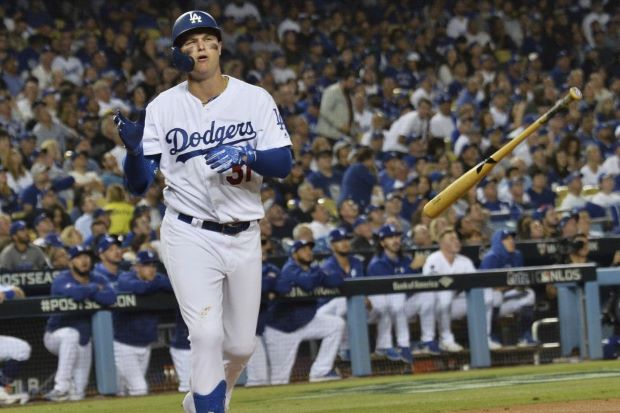 The Los Angeles Dodgers spent the MLB free agency period the way they always have under Andrew Friedman. They did nothing.

As the Dodgers swung and miss on every free agent, you had to wonder how they were going to get better. How the upcoming offseason would be different than the last few offseasons where the Dodgers continually came up short. Now you can argue that the Houston Astros and Boston Red Sox were gaming the system, ie cheating, but that’s another discussion for another time.

The Dodgers finally did something with their offseason to improve the roster. The acquisition of Mookie Betts is an upgrade in an already crowded outfield but the Dodgers desperately needed someone of Betts’ skillset. Getting Betts wasn’t cheap. It cost the Dodgers Alex Verdugo, Connor Wong and Jeter Downs. Verdugo was expendable but time will tell if Wong and Downs will blossom in the fashion some think they will.

David Price and his hefty contract also came over. Red Sox have agreed to pay half of the $96 million left on Price’s deal. He went 7-5 with a 4.28 ERA in 22 starts before having surgery to remove a cyst in his left wrist.

The Dodgers lost Hyun-Jin Ryu and Rich Hill in free agency and they traded Kent Maeda. Rebuilding the staff is important. As of now, the Dodgers starting rotation is Clayton Kershaw, Walker Buehler, Julio Urias, Dustin May, and David Price. The bullpen will still be somewhat of a question and the Dodgers need to be honest with themselves when it comes to closer, Kenley Jansen.

That can be fixed, or at least patched up, with a couple of trade chips. The Dodgers still have Joc Pederson to trade after the deal with the Los Angeles Angels fell through. There’s also a certain level of willingness to move Corey Seager if they get the right deal. The Dodgers have stuck to their guns and refused to include Gavin Lux or Dustin May in a deal.

Dave Roberts has been good enough to get Los Angeles into the playoffs and two World Series but not good enough to get the team over the hump. Sure, you can blame banging drums and misuse of technology but Game 7 of the series against the Houston Astros and Game 5 against the Washington Nationals had some moments where some of Roberts’ decisions could be legitimately questioned.

The window in Los Angeles won’t stay open forever. The 1990’s Atlanta Braves found that out but, at least, after several years of heartbreak, they won one World Series. The Dodgers have been waiting since 1988 to win another World Series and the wait seems to be never ending.