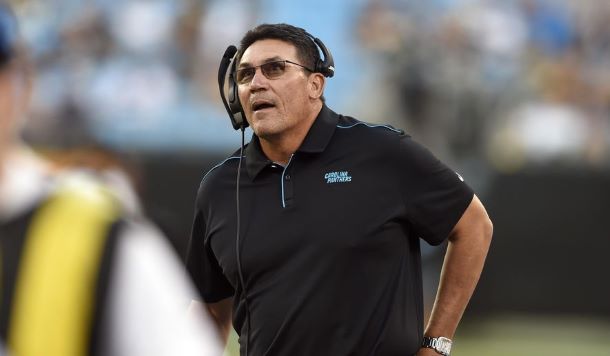 Washington D.C. is the home of regime changes. Whether it’s at 1600 Pennsylvania Avenue, Capitol Hill, or it’s football team, the people who care the most usually are the ones calling for the most change.

But, unlike the government, there’s no voting an NFL owner out. Barring doing something incredibly catastrophic off the field, Daniel Snyder isn’t going anywhere. Fans must hope that Snyder gets the right personnel and chemistry out in Ashburn. This has yet to happen. The closest he came to getting it right was Joe Gibbs 2.0. In Gibbs, he had someone who had the unconditional love from the fan base. Other than that, Snyder’s hires have been a disaster.

That’s the only way Bruce Allen’s reign in Washington can be described. Time and time again, Allen failed to deliver the balance of coach, players, and front office. Snyder gave Allen 10 years to get it right. That’s more patience than most NFL owners would’ve had with an executive who led a franchise to a 62-100-1 record. When it was announced that Allen had been relieved of his duties and wouldn’t be given another position the organization, the spirits of the despondent fan base rose.

As if that wasn’t enough good news, the fan base got more when it was announced that a deal with Ron Rivera was reached.

The #Redskins are making Ron Rivera their new coach and giving him a 5-year deal, sources say. A big commitment.

Rivera was 76-63-1 in Carolina. He was a victim of new ownership in Carolina wanting to go in a different direction. The old adage of one man’s trash is another man’s treasure is applicable here. Rivera is known for establishing a culture, something this organization hasn’t had in a long time. If there’s anything Washington needs it’s direction. That will happen under Rivera.

The first hire under the Rivera era was Jack Del Rio as Defensive Coordinator. Fair or unfair, this should be a massive upgrade from Greg Manusky.

Last we saw Del Rio, he was being ushered out of his head coaching job in Oakland. Like Washington, the Raiders hadn’t been a beacon of stability in recent times. Del Rio had a measure of success as the Raiders head coach amassing a 25-23 record with a playoff appearance.

In Del Rio, Rivera gets an established coordinator whose scheme has been very successful.

Here you go. I’ve been told by some to always look at the track record of a guy. In four years as a DC Del Rio’s D’s finished in the top 5 in either yards or points allowed 3 times. Skins haven’t done that since 2008. https://t.co/hzvZqio7Yk

This in only the start. Washington still has a lot of work left. There are still coaches to be hired and a front office that needs to be built. Then there’s the question of what to do with the scouting staff.

But the Rivera hiring was the first step to gaining back the trust of a fan base who had quit on the organization. Only thing they needed was a little bit of optimism.