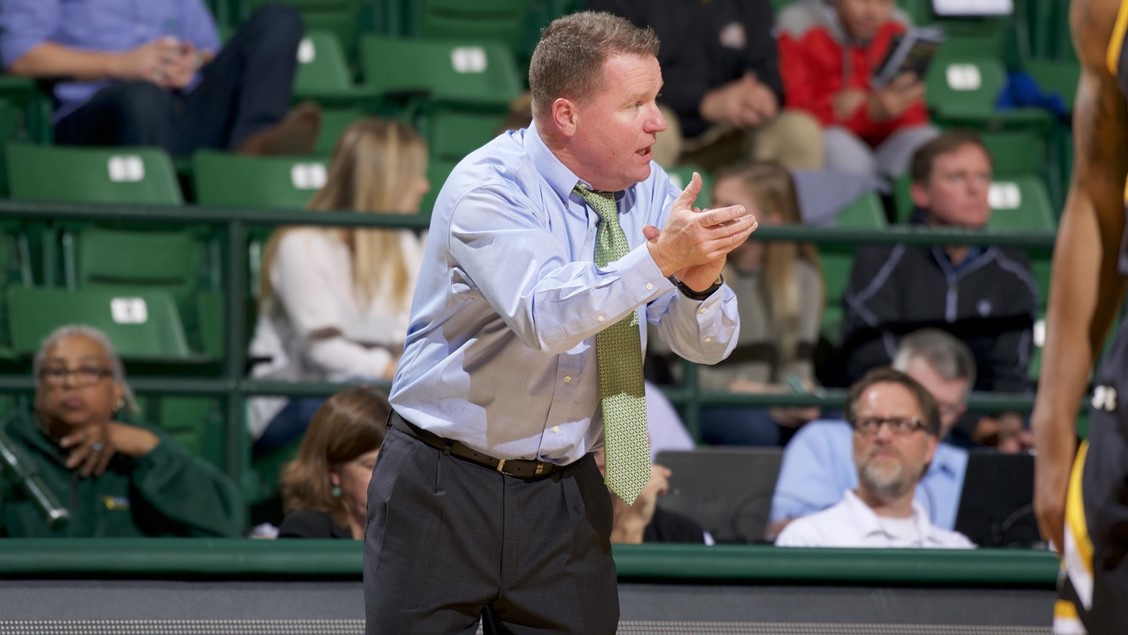 That was somewhat the case for everyone except sophomore Jordan Miller. Miller scored the Patriots first five points including a three pointer. Despite spending a lot of the night in foul trouble, Miller would finish with 19 points.

But it was Jacksonville State that came out of the blocks early jumping out to an early four point lead.

George Mason would find some traction when they went to their 1-2-2 press. It seem to take the Gamecocks out of rhythm as George Mason would regain the lead on a couple of Kier free throws. Mason would eventually push the lead to five before the offense hit a dry spell with Miller on the bench. A 6-0 run at the end of the half gave Jacksonville State a 29-28 lead.

The second half would have a similar yo-yo effect as the first half. Mason went up by five points, 36-31 only for Jacksonville State to tie it at 45. Mason would make a little run but a De’Torrion Wade three pointer cut it back to one with 7:30 left in the game.

But the Patriots would put the game away in the last 4:02 on the strength of Miller’s seven points in that span.

The Patriots dominated the boards on both ends. They out-rebounded the Gamecocks 45-35. The 14 offensive rebounds led to 10 points.

Wilson’s play seemed to give the team a lift especially in the second half. As usual he made every hustle play and he impacted the game on the defensive end. He ended the game with 11 points, 8 rebounds, and 6 blocks.

After all of the success in the Cayman’s, this could’ve easily been a loss for the Patriots. The difference between winning and losing was how George Mason handled the high pressure moments. A lesser team would’ve let a Tuesday night early December game get away from them. The Patriots showed they could win without their “A” game.