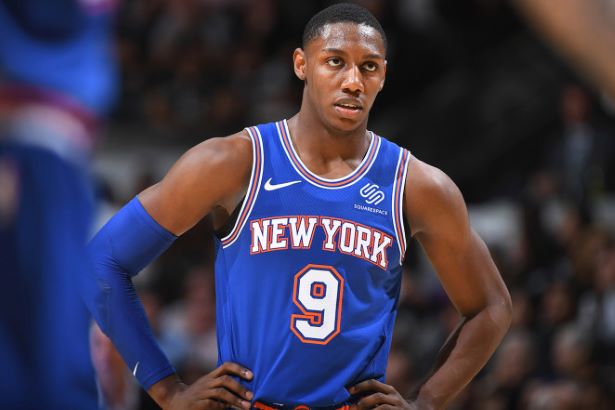 No one expects the New York Knicks to be any good this season. And, yes, last night was opening night so too much shouldn’t be made of the result. But sadly for the Knicks, no one is questioning their 120-111 loss to the Spurs. The questions center around the lineup.

We are in the Golden Era of Point Guards in the NBA yet the Knicks haven’t been able to find one. When Dennis Smith Jr. was acquired in the the Kristaps Porzingis deal, the assumption was, the former lottery pick would be the Knicks starting point guard of the current, if not, the future. But, the winds of uncertainty were blowing during the preseason. Between Smith Jr., Elfrid Payton, and Frank Ntilikina, there was no clear cut winner. If that wasn’t enough of an issue, none of the three even showed Knicks head coach, David Fizdale, that they were worthy of being a starter.

So as the Knicks took the court, their starting backcourt was two shooting guards (Alonzo Trier and RJ Barrett). Officially, RJ Barrett was the starting point guard. Out of the three point guards that came off the bench, Payton probably played the best. Overcoming early foul trouble, Payton ignited the Knicks with his 11 points, eight assists, five steals, no turnovers performance. He was also plus-14. When asked about Payton starting in the future, Fizdale said “Elfrid absolutely put his foot forward, took it to heart and ramped up the competition.”

That was much better than Smith Jr. and Ntilikina.

The Knicks will surely win more than won last season (17 games) and their were some good performances last night. Along with Payton and Barrett, Julius Randle (25 points) and Marcus Morris (26 points) were stalwarts on offense.

But if the Knicks want to show the league and their fans that they are moving in the right direction, they’ll need to solve the mystery of the point guard position.