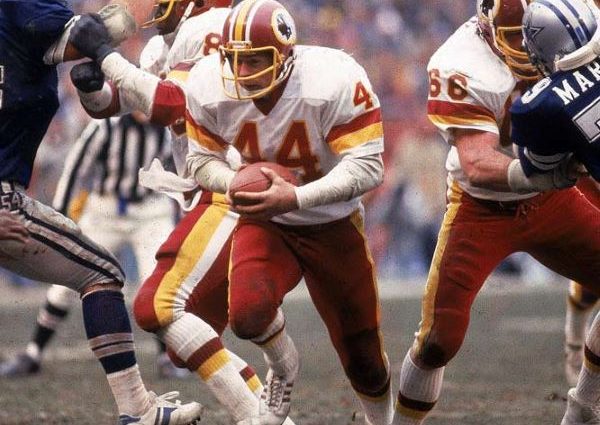 What Happened to Dallas Week?

Growing up in the DC area during the early 80s there was nothing like Dallas Week.

Just the mere mention of Roger Staubach, Danny White, Tony Dorsett, etc. would make Washington fans blood boil. The Washington Post would have more coverage than a fan would ever need and the local CBS affiliate had a show called Redskins Sidelines. The show aired on Saturday nights and was hosted by Sonny Jurgensen and the late, Glenn Brenner.

By the time, kickoff here, every television in the DMV was on the game a watching jam-packed RFK stadium or the big hole in the roof in Dallas.

Fast forward to 2019 and there’s no excitement around the Cowboys coming to town. The one o’clock start at Fed Ex Field could be a pro-Dallas crowd depending on the secondary ticket selling market.

It’s hard for Washington fans to muster up an ounce of trash talk after years of disappointment. Daniel Snyder and his legion of minions have done something I never thought I’d see happen. They’ve ruined a rivalry that was once the best in the NFL. Imagine the being the owner who killed the Boston Red Sox-New York Yankees rivalry. How incompetent would such a person have to be? Even though I’m not a fan of either team, it’s sad to see where this once storied game has gone.

It’s easy to blame the fans for selling their tickets but this is one of the few times you’ll see me defend the fans. What can they do? The revenue sharing in the NFL pretty much ensures no significant changes will happen in Washington. The NFL is set up as such. Snyder will cash that check no matter what. Do I think he cares about winning? Yes. Does he care about winning enough to realize and accept that he’s a big part why the team isn’t winning? No. Snyder wants to win, as long as, it’s on his terms. To the shock of… hmmmm… no one, it hasn’t worked.

At one o’clock on Sunday, Fox will show all of the highlights of yesteryear. You’ll see Ed “Too Tall” Jones. John Riggins, Joe Theismann, Drew Pearson, and a whole host of others who made this game what it once was. And for a few seconds, the fans in the DMV can smile at the thought of what this game once was.