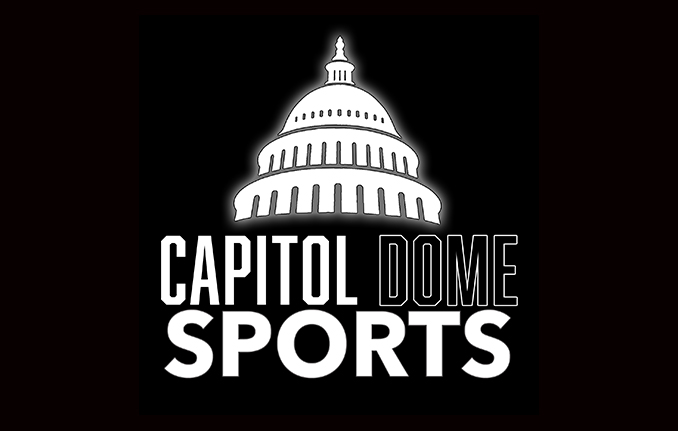 No Room for Emotion in the Nation’s Capital

Having grown up in the Washington DC metro area, there was a time where the nation’s capital won an NBA championship and a Super Bowl within a four year span. Sounds crazy, huh?

In 1978, the Washington Bullets won a game seven in Seattle and captured it’s first (and only) NBA title. The franchise was solid enough to return the next year against the same Supersonics team. The Bullets were four games from winning back to back NBA titles. How crazy is that? But it wasn’t to be. After winning game one, 99-97, the Bullets wouldn’t win another game in the series. Seattle closed at game five, and the series, at the Capital Centre.

Back in the city, the Washington’s football owner, Jack Kent Cooke, knew a thing or two about winning an NBA title. Cooke owned the Lakers in 1972 when the won the NBA title. Now, he was trying to fix his football team. In 1980, he fired Jack Pardee and brought in Don Coryell understudy, Joe Gibbs. After going 8-8 in his first season, Gibbs would lead Washington to a Super Bowl in 1982. Like the Bullets, Washington had a chance to win back-to-back titles. After winning a close game against the Los Angeles Raiders, earlier in the season, they would be blown out by the same team in the Super Bowl.

What’s behind the history lesson? Both teams haven’t been significant in a while. They’ve fallen off in different ways. The Wizards (Bullets) hardly make a dent in the local conscientiousness of the DC area. Whether it’s because of the city’s changing make-up or the years of losing, current owner Ted Leonsis, needs to find a way to make the team relevant again.

Washington owner, Daniel Snyder, has a different challenge. The fan base is still here. They want to love Washington’s football team again but they can’t for two reasons. Snyder might be the least likable owner in the NFL and they haven’t been a serious contender in a generation.

Both owners could take a step in the right direction by simply doing one thing. Getting out of their emotion and make a franchise changing trade.

In the case of the Wizards, Bradley Beal could be their ticket out of mediocrity. Unfortunately, that means giving Beal a ticket out of hand. What makes this so tough is Beal is one of the most likable athletes in the city. He’s a hard worker and community guy. He’s loved a franchise that the fans haven’t always loved back. But years of mismanagement has eroded away from the Wizards being able to build a sustainable team without trading their best player.

Leonsis has made it clear that he doesn’t want to move Beal. With John Wall slated to miss the entire season, Leonsis seems content to wait until the 2020-2021 season to see if the backcourt of Wall and Beal can co-exist. The big problem with this is, Beal will be a free agent in 2021. Leonsis seems content to roll the dice on Beal staying. Currently, there’s an extension on the table that would keep Beal for the foreseeable future. The 3-year, $111 million extension would solidify Leonsis’ dream backcourt.

So, bookkeeping: the Wizards made their three-year, $111 max extension offer to Bradley Beal today, the first day they’re eligible to do so, per sources. Beal, unsurprisingly, is not signing it immediately, if at all. While grateful for the gesture (1/3)

Ask yourself why would Beal sign that deal? Leonsis stayed with Ernie Grunfield way too long. Wall has been oft-injured over the last couple of seasons and who says he’ll ever be what he was once he returns.

Trading Beal would set up future assets for new General Manager Tommy Sheppard. It would give Sheppard a legitimate chance to build the franchise in his eyes similar to the Los Angeles Clippers. Had Clippers owner, Steve Ballmer, not have the guts to trade Blake Griffin, the Clippers wouldn’t be the NBA favorite to win the title. There would be no Kawhi Leonard or Paul George. The Clippers would still be a good team just not a championship one.

Leonsis has a blueprint. He can’t let his love for Beal get in his way.

Trent Williams Saga Could Get Ugly

The Trent Williams situation has a completely different tenor than Beal’s with the Wizards. Whereas the Beal trade doesn’t involve one side being upset with the other, this one does.

The reason for Williams discontent with the organization varies depending on who you ask. According to those close to him, Williams’ complaint centers around the medical staff’s handling of a growth on his head. Later Williams would have the growth surgically removed. According to an article in the Washington Post, head coach Jay Gruden indicated that Williams was frustrated over the diagnosis not coming sooner.

Charley Casserly seems to think Williams is absent for a different reasons. He makes it clear he thinks there’s a financial component to Williams’ discontent.

What can’t be disputed is Williams’ importance the Washington’s chances of winning. Williams has made the Pro Bowl seven times in his career and for an organization that has seemed to lose it’s way, Williams has been one of the few bright spots.

Instead of Washington’s front office concentrating on show Williams that they are in charge, they should take advantage of the situation. Left tackles like Williams don’t grow on trees. There are several teams that would be willing to give up some future picks in return for Williams.

Where the Williams situation differs from Beal is the prospect of him being traded. As of now, there doesn’t seem to be too many that think Leonsis will unload Beal but that seems to be different for Williams.

ESPN’s Adam Schefter thinks Washington will move him for the right deal.

Schefter: Redskins won’t trade Trent Williams for less than a first round pick. “Ever.”
(Interview now on @team980)

Jason La Canfora says Williams is as good as gone.

Trent Willliams will be traded. Only a matter of time

If you’re a fan of the team, you should hope that Schefter and La Canfora are correct. What better way for Washington to add on pieces than trading a valuable asset that doesn’t want to be there anyway. Washington holds all the leverage. When was the last time the organization was able to say that?

More than likely, this season will be the last for Jay Gruden. Imagine being able to shop for a new coach with some high picks in your back pocket along with a young quarterback. It’s a situation that Washington needs if they want to change their fortunes in the tough NFC East.

2019-08-14
Previous Post: 1994 Has All of the NFLPA’s Answers
Next Post: GW Announces Out of Conference Schedule; VCU Completes Coaching Staff