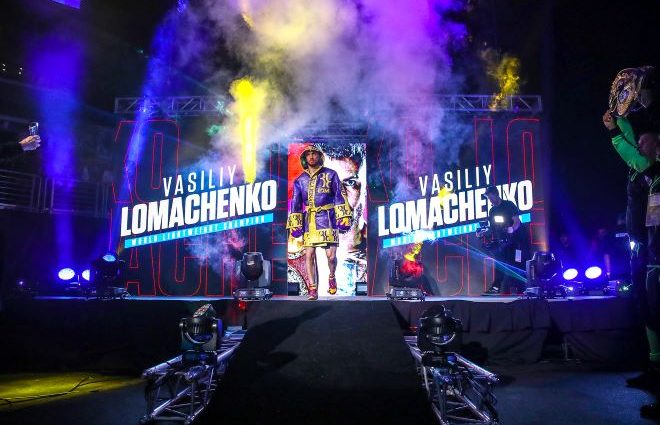 The Vasiliy Lomachenko train makes a stop in London this weekend as he takes on Luke Campbell.

On paper, Lomachenko stacks up very well against Campbell. He has the speed and technical advantage.

Both fighters have fought Jorge Linares.

Despite tasting the canvas in the 6th round, Lomachenko defeated Linares by TKO in the 10th. Lomachenko’s footwork and speed allowed him to constantly pressure Linares but the fight was still razor close.

At the time of the stoppage, each fighter was up on a judge’s scorecard while the last judge had the fight tied.

Campbell wasn’t as fortunate. He would fall to Linares by split decision. Like Lomachenko, Campbell would recover from a knockdown. He was floored by Linares in the second round of their fight.

Lomachenko’s movement will provide him plenty of opportunities to land power punches. Not only is it hard to see how Campbell will win the fight, it’s hard to see how he gets the fight to go the distance.

Despite being on the second half of his career, Erislandy Lara’s ability to box still frustrates opponents.

In the Castano fight, Lara’s movement wasn’t there. Castano landed a lot of clean shots as Lara looked like he was inviting high value exchanges something that has been un-Lara like.

Alvarez is 4-1 in his last five fights with his only loss coming to Brandon Rios. In his last outing, Alvarez defeated Jose Carlos Paz by split decision.

Like Castano, look for Alvarez to seek out close quarter confrontations. Getting Lara to willingly engage and exchange fire is Alvarez’ best chance to win.

If Lara shows good movement, he’ll control the fight and cruise to a victory. Make no mistake, Lara’s style will decide who wins.