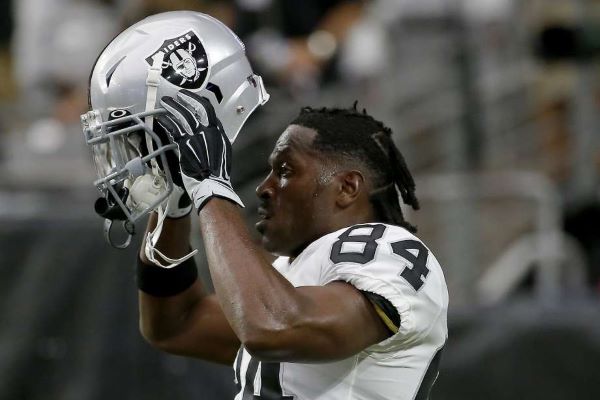 Everyone in the Pittsburgh Steelers organization is looking at Oakland and saying “I’m not the guy who says I told you so but I told you so”.

The Oakland Raiders willingly signed up to be in the Antonio Brown business and, woo boy, they are knee deep in it.

The latest is about Brown’s helmet. We all thought this was solved but apparently it wasn’t. Now the Raiders are fed up.

Despite what Mayock says, Brown’s camp thinks the Raiders can do more.

This is what the Raiders signed up for and, by the Raiders, I mean Jon Gruden and Mike Mayock.

Gruden and Mayock have willingly thrown away everything Reggie McKenzie did. Remember Amari Cooper? The Cooper who was productive in Oakland until Gruden got there. How about Khalil Mack? While the Raiders are still looking for an impact edge rusher, they close their eyes to the fact that they had one and traded him away.

Gruden was gifted a roster in Tampa. He won a Super Bowl with that roster but it wasn’t his. When Gruden and Bruce Allen built their team in Tampa, it failed. Ironically enough, the last straw was a lost to the Raiders. Shortly after the loss, Gruden and Allen were fired.

That won’t be the case in Oakland this year and Vegas the years after. Gruden’s 10-year contract means he has enough security to screw this up without being fired.

Mark Davis is all in. He fired McKenzie when he had been NFL Executive of the Year. Outside of Derek Carr, there are no longer any high profile McKenzie players there. The roster being built in being built in the image of Gruden’s ego. He’s the self-proclaimed smartest guy in the room. His cartoonish facial expressions and voice inflections makes him very popular with fans. But being a caricature isn’t going to get the Raiders wins in one of the toughest divisions in football.

So the ball is in Gruden’s court. How will he handle this situation when he can no longer “Keyshawn” someone? Only time will tell. For now, Gruden has a front row seat for the Antonio Brown Circus… clowns and all.