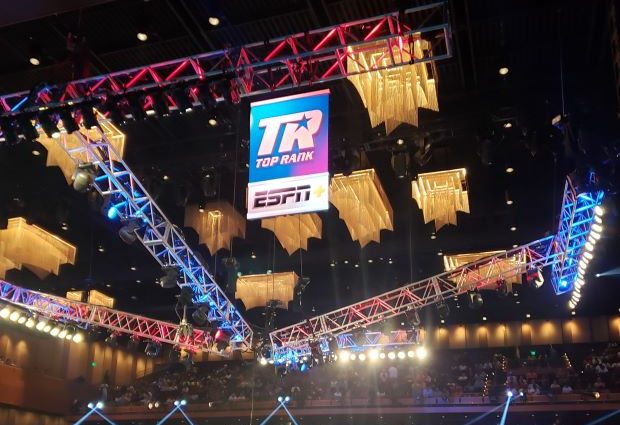 In what proved to be a tougher fight than many anticipated, Teofimo Lopez remained undefeated with a unanimous decision over Masayoshi Nakatani.

After starting slow, Lopez would start finding his range in the third round. He followed it up by scoring a knockdown in the fourth round.

But Nakatani didn’t back down. He decided to stand his ground and mix it up for the rest of the fight. That made for some exciting action.

Rounds eight and 10 produced some of the best two-way action of the night with both fighters scoring inside.

But Nakatani couldn’t land enough meaningful punches to win close rounds. In fact, at times, Nakatani seemed to smother his own attack.

Lopez would close the show by dominating the 12th round.

After stringing together back to back strong rounds, Matias would increase his work to the body in the fifth round. By the seventh round, Dadashev’s movement had diminished so much, he was in the middle of the ring trying to exchange with Matias.

That would prove to be his downfall.

In the ninth round, Matias hurt Dadashev digging to the body and followed it up with a huge uppercut. He would continue to hit Dadashev with hooks to the head.

Even in the 10th round, when it looked like Matias was taking the round off, he hurt Dadashev near the end of the round.

That would set up a huge 11th round for Matias. After the round the fight was stop.