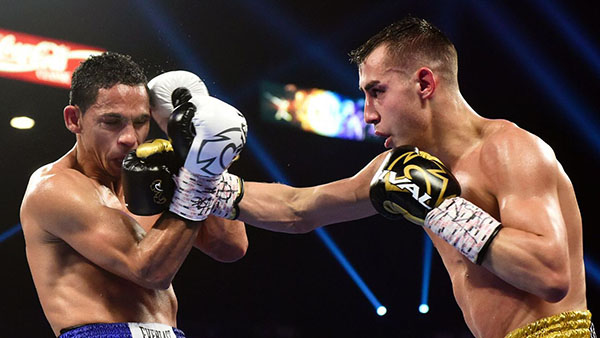 The Maxim Dadashev (13-0, 11 KOs)-Subriel Matias (13-0, 13 KOs) IBF junior welterweight eliminator could prove to be just as exciting as the main event.

The 28 year old Russian has been a professional for three years after a lengthy amateur career. “Matias is a dangerous fighter, but I am ready for whatever he brings. I have fought every kind of style as an amateur and a professional, and all of my experiences have led me to this fight,” said Dadashev.

He’s right, Matias is a dangerous fighter who has a love for the knockout. Matias has yet to go to distance in any of the 13 professional fights. Seven of this 13 knockouts have come in the first two rounds. His most impressive victory was a first round knockout of former two-division world champion, Fernando Saucedo.