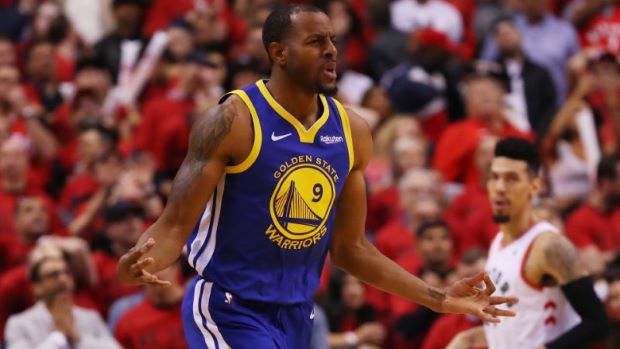 NBA Finals: Heart of a Champion

After leading the Houston Rockets to their second NBA Championship, head coach Rudy Tomjanovich proclaimed “don’t ever underestimate the heart of a champion.”

If ever a team exemplified this it was Golden State in their game 2 win over Toronto. There was no Kevin Durant. Both Klay Thompson (hamstring) and Kevin Looney (chest) got hurt during the game. Steph Curry was sick prior to the game. Sure, they spared us from watching him arrogantly peacocking around the court but that’s neither here nor there.

What we saw was Draymond Green and Andre Iguodala stepping up through out the game. It reminds the public that Green and Iguodala sacrifice for the good of the team but they’re always there when needed. Quinn Cook, Andrew Bogut, and Boogie Cousins stepped up on both ends of the court.

This is what the Golden State Warriors are all about. They are deceptively tough. They are thought of as a jump shooting, soft team indicative of how today’s game is played. Fans who think that couldn’t be more wrong. Being mentally tough is winning a road finals game when two of your starters are out. Being physically tough is how they walled off the Raptors trying to get into the lane, even in an era where the whistle blows more than ever. Going on an 18-0 to start the third quarter after being on the ropes in the first half is being tough.

Yes, Golden State is stacked. It just isn’t stacked in the way most think. Their role players are frontline players willing to sacrifice for the good of the team. When you have that going for you… you’re the toughest team in basketball.