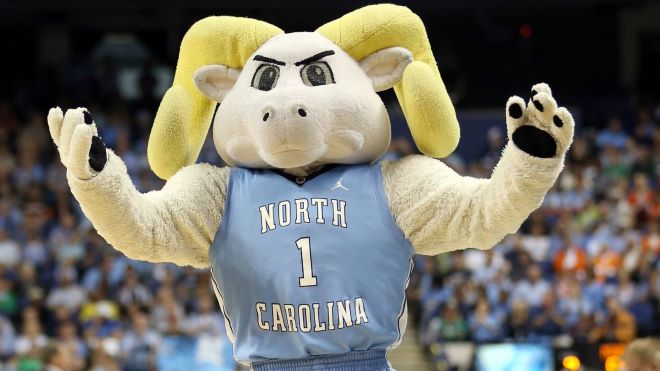 Have the Heels Done Enough?

North Carolina will not look anything like they did last season. Only time will tell if that was a good thing or a bad thing.

On the one hand, last season’s Tar Heels were Co-ACC regular season champs. On the other hand, their 97-80 loss to Auburn was ugly. But this is North Carolina so the chance to reload, as opposed to, rebuild is always on the table. What makes this class different is how the Heels are replacing the departed.

Roy Williams haven’t had as many one-and-done’s as the school a few miles away so for the last few seasons, Williams was filling in spots. But this offseason presented a bigger challenge as he lost veterans along with two one-and-dones. In Luke Maye, Cam Johnson, and Kenny Williams, the Heels lost three perimeter threats, two inside-out threats, and a defensive stopper. That’s not easy to replace. Add that to the fact that the two one-and-dones are your starting point guard (Coby White) and your most explosive player off the bench (Nassir Little) and you start to realize how big the challenge is.

Replacing Coby White will be star recruit, Cole Anthony. The son of a former NBA, Anthony will thrive in screen and roll, as long as the screener can finish. This puts a little pressure on guys like Garrett Brooks to dive to the front of the rim with conviction. It also begs fans to ask the question “does the Heels have a player who can stretch”? Maye developed into a stretch player over the four years he was in Chapel Hill.

That could be where William & Mary transfer, Justin Pierce could fit in. Pierce is a 6’7″ guard/forward who shot 32.5% from three point range last season after suffering a broken wrist during the summer. But he finished 8-18 from the three point line in the last three games. The year before he shot a respectable 41.6%.

He’s also extremely athletic by Colonial Athletic Associations (CAA) standards. Time will tell if it translates to the ACC.

The other transfer coming is Christian Keeling (Grad Transfer). The Charleston Southern transfer averaged 18.7 and 6.9 rebounds per game last season.

My mother always told me that if it is in your heart💙 then don’t keep it hidden. My family & I decided to announce my decision earlier! This is an honor and tribute to you Mama👸🏽You will always live through me🙏🏽
I Love You Mama😘 but with that being said..#BlueCollarKid pic.twitter.com/8SoHxtfBp9

The scoring punch will be needed with Duke reloading and Virginia’s pack line defense.

Williams in known for playing two bigs more than any other top flight coach. With so much fire power on the perimeter, will Heels’ fans see more four guard spread sets? The point guard position is the most important in Williams’ offense. Can another freshman, Anthony, handle what Williams will ask him to do? Remember, all the Heels National Championships under Williams had experienced point guards (Raymond Felton, Ty Lawson, Joel Berry II).

Can Bacot and Brooks play together for long stretches? One would have to show the ability to stretch out to 15 feet.

How Williams manages the influx of new players along with the returnees, will be key to how much success the Heels will have in the tough ACC.