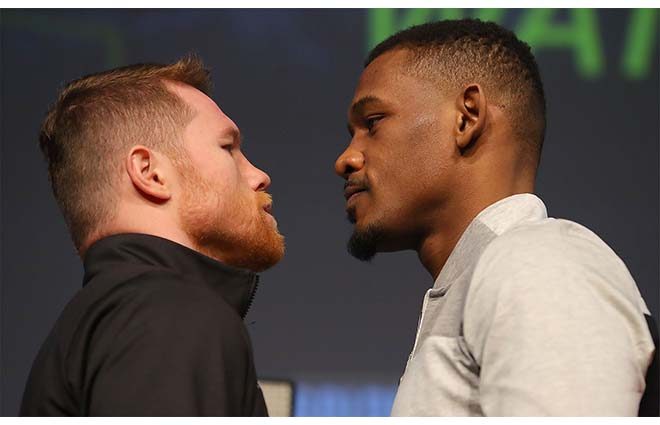 Danny Jacobs Has No Chance or Does He?

Sometimes in life, you win when you barely win. That’s the position Danny Jacobs finds himself in. Part of the reason why he is getting this chance to fight Saul “Canelo” Alvarez is because he struggled in his last fight. A split decision win against Sergiy Derevyanchenko made him an attractive opponent. A big name fighter that looks like he could be on the slide portion of the career.

This is why this could be one of the dangerous fights of Jacobs’ career. He’s made it clear that he wants to make this an exciting fight and this is one of the fighters who you trust when he says that. That means he’ll be in immediate danger from the time he steps in the ring. The two fighters who gave Canelo the most problems, Floyd Mayweather Jr. and Erislandy Lara, both used movement. It can easily be argued that Canelo is older now and could deal with it better but it’s still the way to go. Amir Khan found this out the hard way. As soon as Khan made a mistake, Canelo knocked him into next week.

That’s what makes all of the talk about if Jacobs can win a decision in Vegas so interesting. Why are we so sure that this fight can go the distance and be close? Is it because we expect the Danny Jacobs who fought Gennady Golovkin? Keep in mind that the fight against GGG was over two years ago. That’s an eternity for a fighter that could be on the second half of his career.

Canelo took this fight at this time for a reason. They are never going to fight a Mayweather/Lara type fighter again knowing it puts Alvarez at a decided advantage. An impressive win over a named fighter. It would be the lead into Canelo-GGG III where Alvarez would have the same advantage as he does against Jacobs.

With odds against Jacobs like that, does he have a chance?