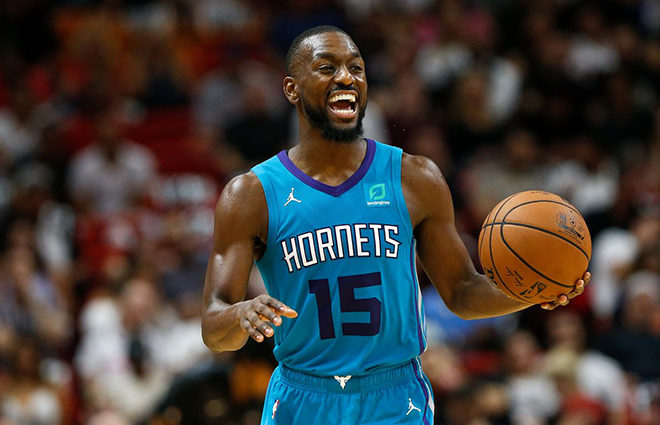 According to Kevin Durant, no one wants to play for the Lakers. Not him. Not Kawhi. Not the ghost of Jerry West’s 60-foot heave. No one. According to the all-knowing Durant, it’s because there’s too much drama around LeBron James. Mind you, this is coming from a guy who argues with teenagers on Twitter and teammates on the sidelines. Go figure.

But, let’s assume Durant is right and none of the front line free agents want to head to La-La-Land with The King. What should Magic Johnson and Rob Pelinka do?

They should start by looking south to see if the other great one, Michael Jordan, is willing to pay the handsome sum to keep Kemba Walker. The UConn product could play his way into SuperMax eligibility if he’s named All-NBA. If Jordan is willing to give Walker that much, how can he fill out the rest of the roster? If we know one thing about Jordan is filling out rosters isn’t his strong suit. If you need to call someone, call the Washington Wizards. They have cornered the market on putting bad rosters together before, during, and after the Jordan Era. They are the Amazon of poor roster construction.

On the surface, it could be argued that getting a scoring point guard isn’t one of the Lakers pressing needs but that would be missing the point. If you bring in Walker, that ends the brief marriage with Lonzo Ball and the Traveling Circus of LaVar. If Ball can finish the year showing the “next step” he would be more than worth a lottery protected pick depending on the team. That gives the Lakers some choices on what to do with Rajon Rondo. Will he accept a really reduced role? Maybe. But if he walked would it be the worst thing in the world? No.

The move would also get the ball out of LeBron’s hands, reducing the stress on his body. James cannot continue to cheat Father Time with his health. When you consider how many playoff runs he’s made, it’s amazing that he hasn’t had a significant injury (knock on wood). Plus look at how LeBron played the last time he had a point guard who could get his own shot. Some guy name Kyrie or something. You know… that Flat Earth dude.

Walker would also give you another end of the game option. This would also help James in many ways. If you haven’t noticed, The King’s free throw shooting is struggling… a bit… well more than a bit. Walker is a career 83% free throw shooter and he would certainly give the Lakers formidable options down the stretch of games. This would give Coach Luke Walton endless possibilities as he could create mismatches throughout the second half of the fourth quarter.

It’s hard to believe, despite what Durant says, that Los Angeles isn’t a destination franchise. And, no, everyone isn’t chomping at the bit to play for the Clippers. What Magic could do is use Walker as a vehicle to attract another second tier free agent. The law firm of James & Walker could elevate the game of a player like  Nikola Vucevic. Put James, Walker, and Vucevic would look pretty nice with Kyle Kuzma and Brandon Ingram.

Don’t forget, it’s important for Magic and Pelinka to put together a competing roster not necessarily a roster that resembles the Warriors. In fact, what fans should applaud about the Lakers is their understanding that the Warriors are a unique monster. It will be very hard to duplicate that style without the likes of Steph Curry, Klay Thompson, Draymond Green etc. Pelinka explained their outlook prior to the season starting.

So all the Lakers fans out there, real and bandwagon don’t fret if the big name stars to go to LA. There’s a path the organization can take that starts with going South.