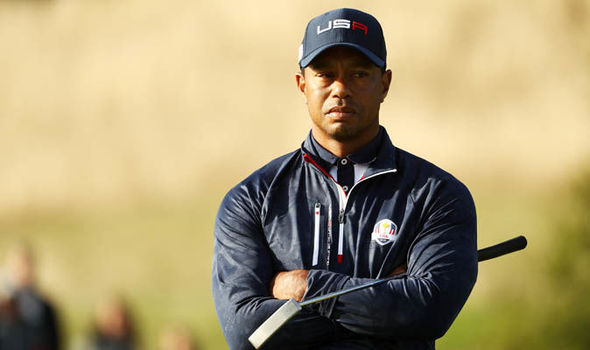 As Team Europe celebrated their 17.5-10.5 butt kicking, it left the Americans scrambling for answers. Just two years ago, the US Ryder Cup team routed the Europeans, 17-11. The Red, White and Blue reveled in it after being mocked about forming a Ryder Cup Task Force to fix what was wrong. Here we are two years later and the same questions will inevitably creep up.

Captain Jim Furyk had four Captain’s Picks along with a strong team. But it was three out of four of his picks that let him down. Tony Finau was 2-1 but Woods was 0-4. Mickelson was 0-2.  DeChambeau was 0-3. That’s a combined record of 2-10. Surely, the Cleveland Browns will have more than two wins this season. On the flip side, the European Captain’s picks delivered. The picks of Ian Poulter, Sergio Garcia, Paul Casey and Henrik Stenson went a combined 9-4-1.

Nothing was more disappointing than Woods’ performance. His inability to win a point the entire competition was bad enough but losing to the team of Francesco Molinari and Tommy Fleetwood three times was crippling. Whether teamed with Patrick Reed or Bryson DeChambeau, Woods needed to lead the pairing to a win. There needed to be emotion and leadership. That never happened. He capped off his scoreless with to John Rahm in singles.

Mickelson was just as bad. Phil paired with DeChambeau in foursomes and got routed 5&4 by the team of Sergio Garcia and Alex Noren. After sitting out the Saturday matches, he went out quietly in his 4&2 singles loss to Molinari. Two years after throwing captain, Tom Watson, under the bus, Mickelson failed to make an impact in what probably will be his last Ryder Cup on European soil.

Fair or unfair, Woods will take most of the blame. He came in off winning the Tour Championship so a lot was expected despite his poor Ryder Cup record. He wasn’t the only one to come up short. World number one, Dustin Johnson, was 1-4 with his only victory coming in the very first session.

It will be a long two years for the US team. Next time around you could see Kevin Kisner or Xander Schauffele. The Americans will have home soil advantage with a boisterous crowd ready to welcome the Europeans.

Whoever is name US Captain will have to think long and hard before making Woods or Mickelson a Captain’s Pick (if they don’t qualify). The US can’t afford to carry them any longer.