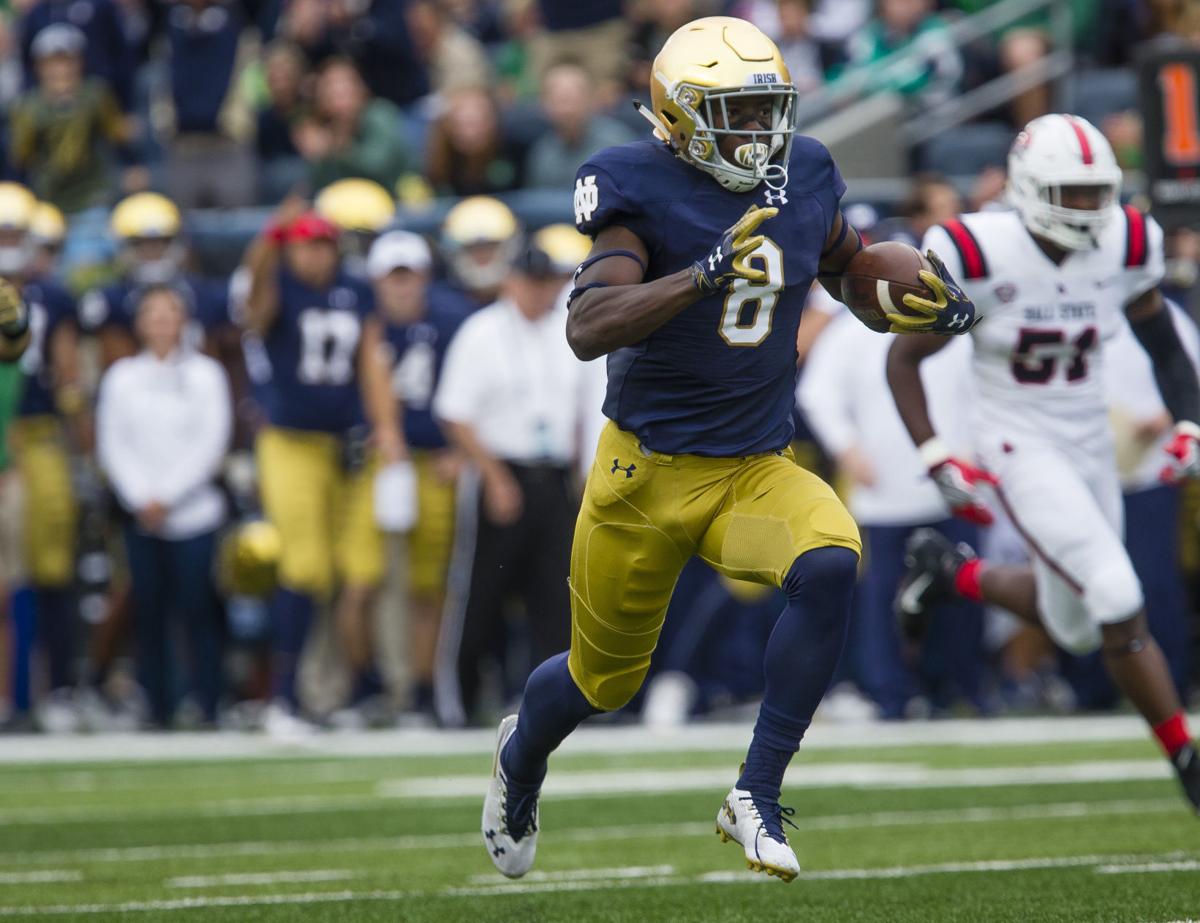 The college football regular season might be the most impactful in all of sports. You can argue, even with the playoff system, that each week is a mini-playoff of sorts.

No one knows this more than Notre Dame. The Irish don’t have the benefit of being in a conference or having a conference championship game to make up for a loss. To make the playoffs, Notre Dame will need to go undefeated each season. If there is a season where we see complete chaos, the Irish could sustain a loss but they would have to wait and see what happens in the SEC because they’re always a threat to get two teams in.

That’s why the Ball State game was so important. Yes… Ball State. No matter what the committee says, there is still a level of “eye test”. The Irish didn’t score high marks in their 24-16 win on Saturday.

Coming off of the big win, it’s natural to have a letdown but it can’t be as significant as we saw on Saturday. You can’t have the Cardinals within a score on their last possession. Brandon Wimbush continued his inconsistent play. After struggling in the second half against Michigan, he had a zero touchdown, three interception performance against Ball State. If the Irish are going to get anywhere, the quarterback play must be better. Another performance like Saturday’s and Coach Brian Kelly has to start giving Ian Book some consideration.

This week, Vanderbilt comes to town and it isn’t going to be as easy as it sounds. After wins over MTSU and Nevada, the Commodores received votes in the Coaches Poll. This isn’t your Mom and Dad’s Vandy.

Luckily for the Irish, their defense has been very good and they’ll need to be good on Saturday. Quarterback Kyle Shurmur. The son of the New York Giants head coach, Pat Shurmur, has four touchdowns, no interceptions with a 167.7 passer ratings. He will present a bigger challenge to the Irish defense than Shea Patterson or Riley Neal.

After the less than stellar performance, if the Irish want to be considered for one of the four coveted College Football Playoff spots, they will have to start with a dominating performance over Vandy and follow it up with another one at Wake Forest.

Without it, they’ll be looking at another random bowl game in the in Florida.