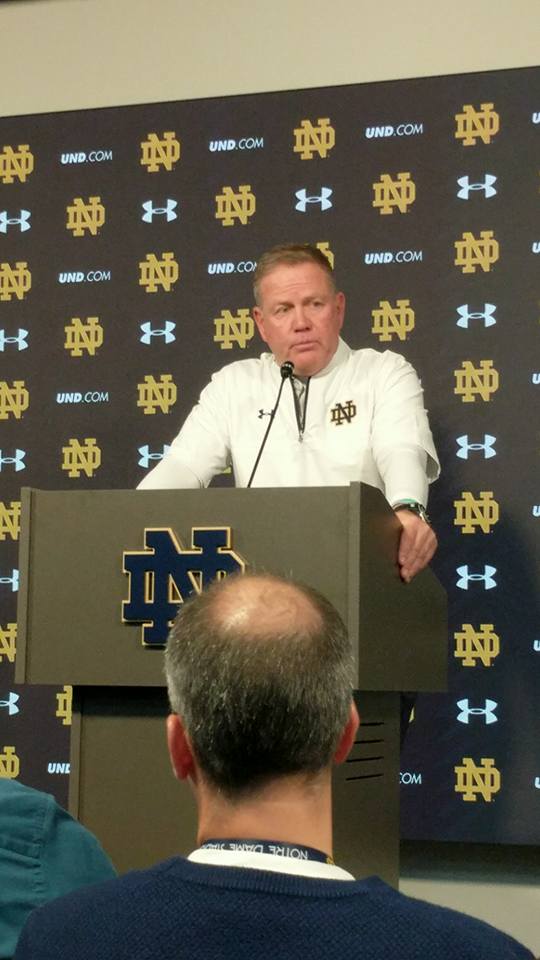 Last Saturday, Wake Forest did something no other team, including Georgia, had done to Notre Dame all season… score more than 20 points. Though the Irish was up comfortably for most of the game, Demon Deacon quarterback, John Wolford, was 28-45 for 331 yards and two touchdowns.

It was obvious the concentration level for the Irish defense went down and led to some inefficiency.

But, you can expect for the Irish to be locked in this week as they face the undefeated Miami (FL) Hurricanes. Miami’s most impressive performance of the season came last week against, then 13th ranked, Virginia Tech.

Junior quarterback Malik Rosier threw for 202 yards and 2 touchdowns along with rushing for 84 yards and scoring another TD. The ding on his night was three interceptions. The two prior games saw Rosier throw for over 300 yards in each game with a combined 5 touchdown passes and 1 interception.

Rosier is a gritty kid… He finds ways to make plays, he’s a lot like Brandon (Wimbush) when you look at him he just finds ways to win football games. – Coach Brian Kelly

Where Miami (FL) has been particular effective on offense has been with how they close out games. The Hurricanes are second in the nation in 4th quarter scoring (12.3 per game) right behind Southern California (USC). Notre Dame is 20th in the Nation is giving up points in the fourth quarter at 4.6 points.

The best way for the Irish to help the defense is to be efficient on offense. Brandon Wimbush’s maturation on the field is a testament to Coach Kelly’s ability to tailor the offense around his strengths.

Wimbush’s 30 passing attempts was tied for his second most attempts of the season and he took full advantage of it. Despite a few drops, Wimbush was incredibly efficient passing for 280 yards and running for an additional 110. “I think that the narrative of him (Wimbush) being able to throw the football should change immediately” said Coach Kelly.

Wimbush’s favorite target was Chase Claypool. Claypool had 9 receptions for 180 yards. No other receivers had more than 2 catches.

The Irish running game kept churning against Wake Forest to the tune of 380 yards. With, Heisman Candidate, Josh Adams dinged up, the Irish Deon McIntosh and Tony Jones Jr. to carry the load. The two combined for 19 carries for 122 yards.

Not only is Notre Dame 4th in the Nation in rushing yards per game, in their last 3 games no team has been better. The Irish have churned out 358.3 yards per game in their last three. Ball control and staying on schedule will play a big part in the Irish winning their most important road game in a few seasons. It will allow Wimbush to exploit Miami’s defense using RPO.