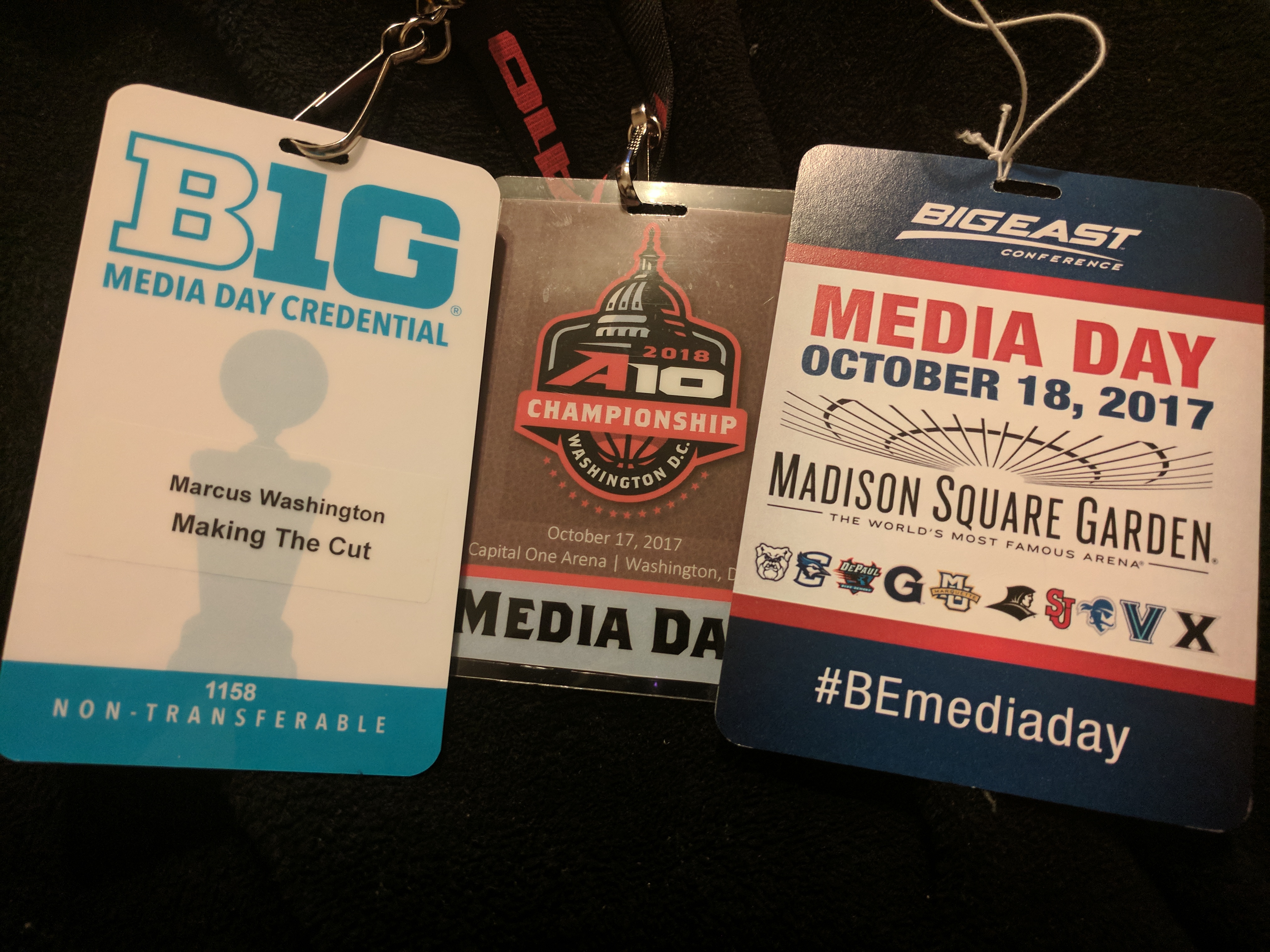 Over a three day stretch, Making the Cut made their way through three media days. The Atlantic 10, Big East and Big Ten all had their showcases where they parade out all of their coaches to answer questions from Media/Bloggers. I can’t imagine that it’s fun for coaches, especially the veteran ones, but Making The Cut looks back at the best parts of all the three-day Media Day extravaganza.

The trip kicked off here in Washington D.C. as the Atlantic 10 brought there Media Day to the nation’s capital. In March, this is where the conference tournament will be which will be somewhat of a “stay-cation” was George Mason and George Washington. The highlight of the event was a round table emceed by Andy Katz. Five players, Jaylen Brown and Matt Mobely  from St. Bonaventure along with Peyton Aldridge (Davidson), Justin Tillman (VCU), and EC Matthews (Rhode Island).

Katz did a superb job asking the players about the state of today’s game. Hats off to Bernadette V. McGlade for allowing the players the leeway to answer questions without limitations.

The coaches were also readily available. They walked around the area and were at tables where they were very approachable. Good times.

Making the Cut headed to the Big Apple next for Big East Media Day. The storied conference had their set-up next to the famous MSG basketball court. After opening comments, the coaches came up in groups where they answered questions. But, after that is where the fun began.

Each team had their own set up with coaches and players being available for interviews. You also had legends like Bill Raftery and Steve Lavin walking around the event giving each reporter/blogger as much time as they needed.

The one thing you notice about the Big East coaches are the varying personalities. No two are alike. But, by far, the most laughter was coming from Providence College’s coach, Ed Cooley’s area. His quick wit and honesty attracted big crowds of mics and tape recorders.

Also, the Big East won the “Lunch Award”. Spinach and cheese raviolis were to die for!!!

The Big Ten capped off our three day adventure. They also held their even at MSG in one of the ballrooms. Commission Jim Delaney addressed all the hot topics from the expanded conference schedule to the East Coast location of the tournament to the going-ons with the FBI investigation. The most frequent question that was asked about about the East Coast locations and the fact that the tournament was being played a week earlier.

The coaches provided some laughs. Nebraska’s coach, Tim Myles, said many in the room were responsible for them being picked 13th in the conference but Illinois coach Brad Underwood might’ve stole the show. When asked what made him switch from pressure defense to pack-line, he responded “0-6”.

The Big Ten won MTC over with the round table sessions. Coaches and players were available, at you guessed it, round tables for one on one interviews. Great touch and made for some great opportunities.

Making the Cut would like to thank all three conferences for the access and we look forward to covering the members throughout the season.