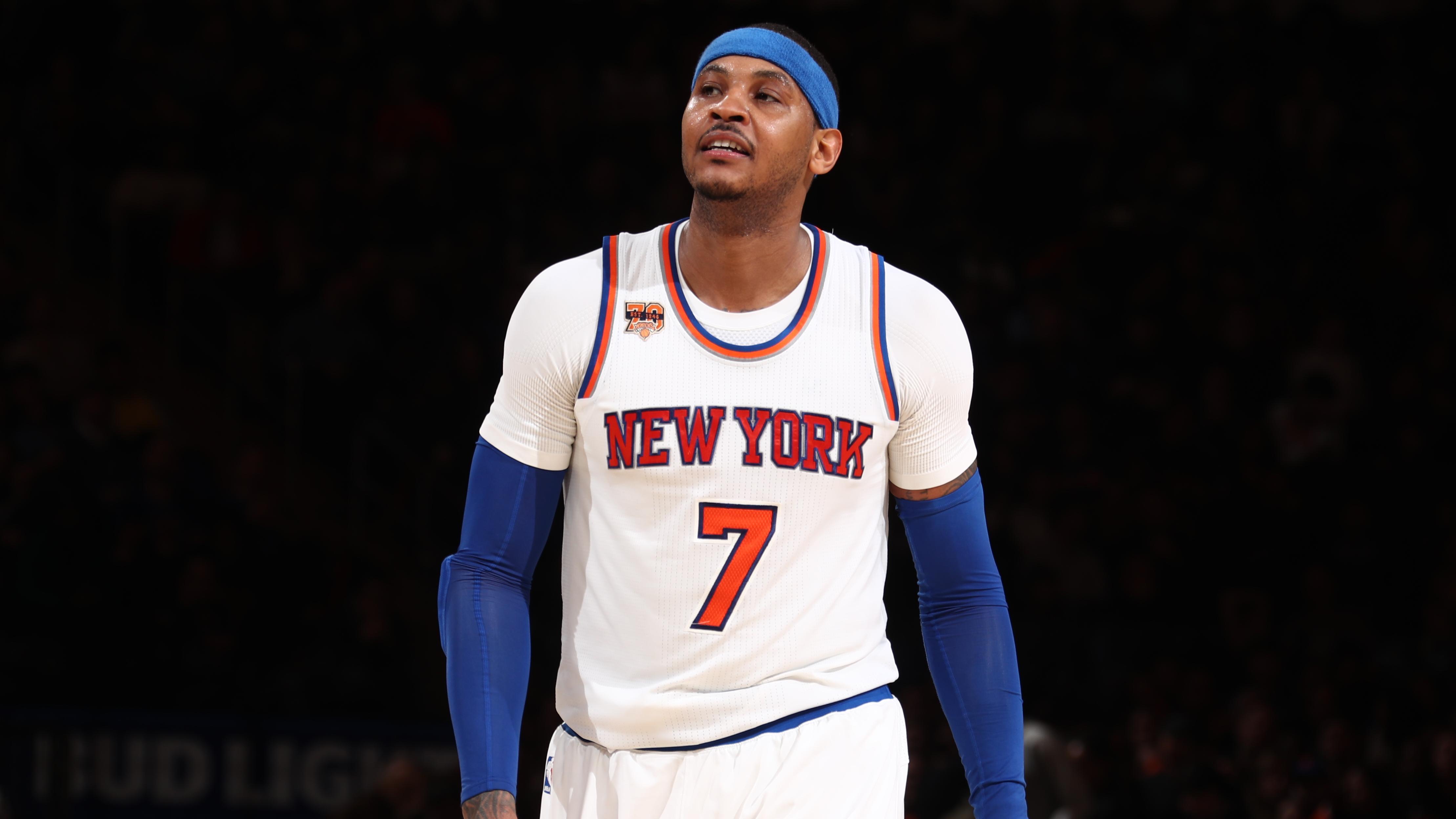 It finally happened. Carmelo Anthony has been traded by New York. For his critics it didn’t matter where he went, they just wanted him gone.

So, as the reports came out that he had been traded to OKC, most immediately started thinking about what was Anthony’s legacy in New York? His critics will say that Anthony never delivered the Knicks past the second round. Failure to do so meant that he was superstar that was a super-dud under the bright lights of the Big Apple.

His defenders will say that the Knicks front office has been a disaster even before they traded for Anthony. Their inability to surround him with the necessary pieces was a bigger problem than his propensity to be a shoot first player.

Only time will tell which side proves to be correct about Anthony but what can’t be ignored is the front office. They have everything they want. Melo is out of town. Phil and his ghastly Triangle Offense is out of town. Many have already proclaimed that the Porzingis Era began today and therein lies the intrigue.

Who says Porzingis is a franchise player worthy of having an organization built around him? And if he is, who says the front office, mainly Steve Mills, can do it? Make no mistake, Mills isn’t going anywhere and if you won’t allow Anthony to use the ineptitude of the front office as an excuse, how can you let Porzingis?

The roster is still several moves short on being in the conversation as being a threat in the East, as bad as it is. In the NBA, teams can’t just concentrate on being young, it has to be young and talented. So there needs to more development from Porzingis. They will also need to be right on first round pick, Frank Ntilikina.

In the meantime, the Knicks will be depending on the likes of Enis Kanter, Tim Hardaway Jr., Courtney Lee and Michael Beasley.

Kanter will provide some scoring inside and will allow Porzingis to roam on the perimeter as much as he wants. More importantly, Kanter only has two years left on his current deal. Also coming over was Doug McDermott. New York will be the third team of his young career as he has yet to prove he can be a viable rotation guy in the NBA. Last but not least, the Knicks will get a second round pick. It isn’t much for a player like Anthony but the Knicks accomplished two things. They got rid of a player who they think they needed to move on from and they didn’t take on any bad contracts. Bravo… I think.

Are the Knicks any better today than they were at the end of last season? Will Porzingis develop as a franchise defining player? Is Jeff Hornacek the right coach for this roster? So many questions that are left unanswered.

So as we embark on the post-Anthony era, the Knicks organization is in a familiar position. Uncertainty.