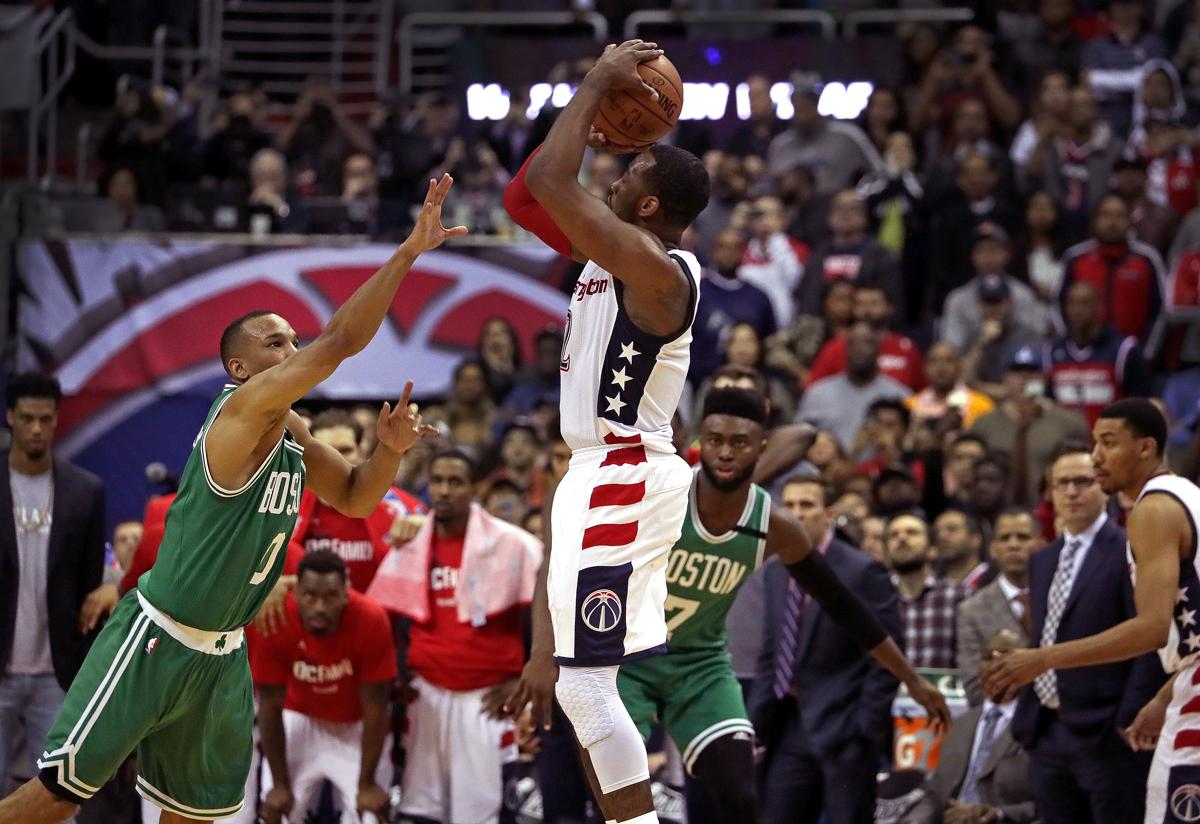 Loving a City That Doesn’t Love You

The Wizards sit one game away from the Eastern Conference Finals after their electrifying 92-91 victory over the Boston Celtics.

The Wizards were down 91-89 with a side in bounds play designed for Bradley Beal. Beal got hung up and the play broke down. That’s when John Wall rode to the rescue. He cut back to the ball, sized up Avery Bradley and proceeded to hit the game winning three pointer.

One more look as John Wall calls his own number to force Game 7! #ThisIsWhyWePlay pic.twitter.com/MUmsa34DYv

After the Celtics failed to score on their last possession, Wall celebrated by jumping on top of the scorer’s table and flexing for the crowd.

When asked about his celebration after the game, Wall said

“To get on the scorer’s table it was for how much love I have for this city, how much love I have for my teammates, how much fight we have. Never quitting. A lot of people doubted us in this series, after going down 2-0. A lot of guys doubted us winning this game at home. The last two year’s we were in the playoffs we lost Game Six here and we just had a lot of heart. I just wanted the city to know that we love them for all the support they give us and they’re amazing fans.”

But does Washington DC love Wall and the Wizards in the same way?

When Alexander Ovechkin gets criticized by the national media, fans trip over each other to defend Ovi. Yet, when Colin Cowherd has come after Wall, the city doesn’t come to his defense in the same way. There’s no outcry. He doesn’t get the benefit of the doubt nor the sympathy his counterpart gets.

The funny thing is, the Capitals haven’t gone any further in playoffs with Ovechkin than the Wizards with Wall. Yet, after another disappointing Game 7 loss to the Penguins, fans lined up to defend the team and their star. Calling every radio station in town to say anyone who criticizes the Caps shortcomings don’t know anything about hockey.

The Nationals haven’t won a playoff series since they moved to Washington. The Redskins haven’t been true contenders since Joe Gibbs Version 1. Yet both the Redskins and Nationals get unbridled support from the local fan base.

This is support the Wizards haven’t seen in this city in… well… forever.

Depending on who you speak to, the Washington Wizards come after the Redskins, Nationals, and Capitals. Washington Post’s Jason Reid spoke about the lack of support two years ago. What he said then is still applicable today. With the season on the line in Game 6 against the Celtics, Pam Chvotkin tweeted:

What does a team with a true NBA star have to do to get support? This was a win or go home game and the hometown fans were worried about an early season baseball game and an eliminated hockey team that did what it always does.

With the season back on the line Monday night, what type of support the Wizards will receive? Can the city find it in their hearts to love a team who desperately loves them?