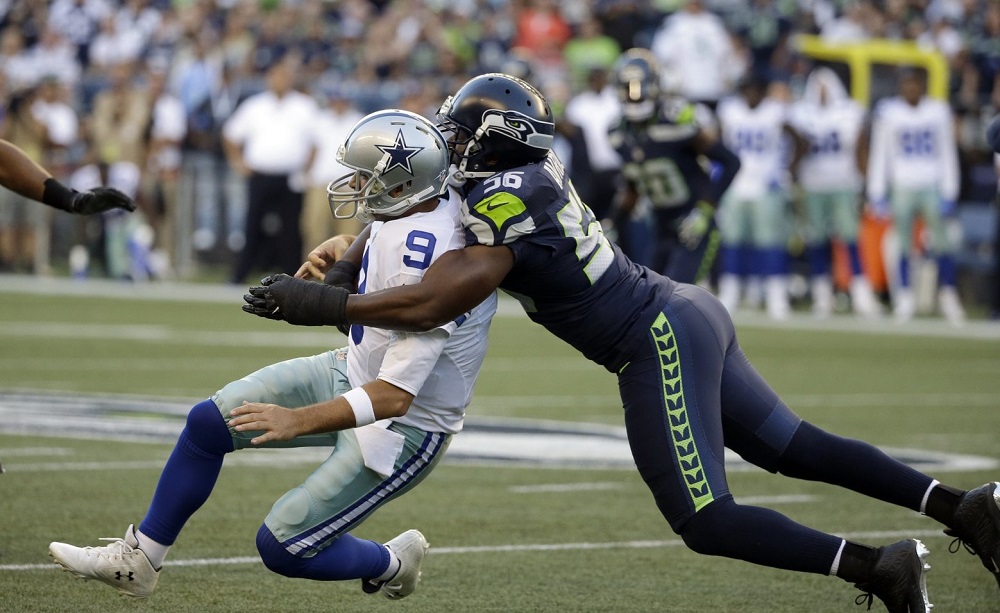 Every Dallas fan screamed “oh no” as Tony Romo laid on the field clutching his back after a brutal hit from behind. The next day, the news got even worse as Romo has been diagnosed with a compression fracture of the L1 vertebra. Several outlets have reported that the injury takes 6-10 weeks to recover from. In the meantime, the Dak Prescott era will begin.

For years now, Patrick Reed has worn red on Sundays like a certain all-time great golfer used to do. Well, on Sunday, Reed and his red attire closed the deal on the Fed Ex Cup’s first event. Reed’s victory not only gives him a chance at the $10M Fed Ex prize but also solidified him a spot on the Ryder Cup team.

Coming into Sunday, Rickie Fowler held the lead and for the fourth time, he blew it. It was especially costly as Zach Johnson past him in the Ryder Cup standings leaving Fowler praying to be a Captain’s pick.

With money comes sacrifice and according to CBS Sports, the ACC’s new network aspirations might cost fans one of the best early non-conference match ups in college basketball. As part of the agreement the ACC has with ESPN, the conference will move to 20 conference games starting in 2019-2020. This will cost ACC teams two non-conference games and one of them might be the match-up between two blue-bloods.

David Peralta walked in as a hand-picked opponent for Robert “The Ghost” Guerrero and walked out with an upset victory. The little known Peralta was fighting outside Argentina for the first time in his career. Prior to accepting this fight, Peralta was working as a cab driver. For Guerrero, the split decision loss (115-113 and 116-112 for Peralta; 115-113 for Guererro) might signal the end of his career as a contender. Guerrero has been on the downside since his loss to Floyd Mayweather Jr.

Both Al-Quadin Muhammad and Jermaine Grace have been dismissed from the Canes’ football team. Muhammad, a red shirt junior, was in tackles last season and chipped in with 5 sacks while, the senior, Grace led the team in tackles. Their dismissal centers around the use of luxury vehicles.

Monday Morning Sports Rag highlights stories (in a short blurb) that occurred over the weekend.